On January 10, 2017, the United States Federal Trade Commission (FTC) mailed out 350,000 checks in restitution to victims of what the FTC determined to be illegal deception and unfair practices perpetrated by the MLM, Herbalife. In a detailed Complaint, based on a two-year investigation, the FTC revealed that Herbalife, one of the oldest and largest of MLMs and typifying hundreds of others, falsely promotes an “income opportunity” supposedly based on “retail” sales, but in fact, is based on “endless” recruiting. The illegal income scheme dooms all those at the end of the chain, which turns out 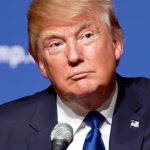 to be virtually everyone who ever participated. The Complaint documented how Herbalife targeted vulnerable immigrants and others lured into investing in falsely advertised Herbalife “nutrition clubs,” which were actually recruiting centers, not retail selling locations. It presented evidence of misleading and false claims of high incomes, when, effectively, no new recruits gain any profit at all.

In the same month in which the government sends restitution checks out, using a funds from a $200 million fine imposed on Herbalife for its illegal activities, president-elect Donald Trump named Herbalife’s largest shareholder and most vocal defender and promoter, Carl Icahn, as “special advisor on regulation.”

The juxtaposed actions occurring almost simultaneously are so extreme and contradictory that many people, understandably, might not grasp their full meaning. Putting it in plainer language: the head of a company that was prosecuted for scamming millions of people advise the president on how to “regulate” companies that may scam millions of people.

But specifically regarding “multi-level marketing” the irony and contradiction of these events are even more extreme. Donald Trump, the president-elect, who is making the appointment of a “regulatory advisor” has been an MLM-owner himself!  He owned (exact ownership is unknown but the company “owned” Trump’s name) the MLM scheme, Trump Network, a classic MLM that can be described as a “mini-Herbalife.” Additionally, Donald Trump was the primary public promoter of another MLM, called ACN, also operating in the Herbalife mode of selling an “endless chain” income promise.

Since the president-elect and the regulatory advisor-elect are both financially tied to the current MLM model and practices  — as exemplified by Herbalife – future law enforcement would have to prosecute or “regulate” Trump and Icahn themselves!

How could this have happened? It is easy to point a finger at the president-elect, but Herbalife has been running the same racket for over 30 years. Had the FTC acted decisively against MLMs running recruiting schemes, not retail selling businesses, as it has now concluded Herbalife is doing, this entire travesty would have been prevented. Donald Trump’s scam, Trump Network, could not have operated. Herbalife would have been stopped years ago and Carl Icahn could not turn the Herbalife Main Street swindle into a Wall Street scam. The hard truth is that 8-years of the Obama-FTC allowed and protected MLMs and incubated this current fiasco.

As for the significance of the recent FTC regulatory action against Herbalife, it was unprecedented and possibly would have had potential – if the election had turned out differently – to protect people from MLM predators. But this possibility is only if the settlement were strictly enforced, is extremely unlikely, given the FTC’s history, no matter who won the election.

But, the election closes off even that possibility. Further, it must be remembered that the FTC’s “refund” of about $200 million to 350,000 Herbalife victims does not even begin to cover the true scale of harm that the FTC allowed and the real losses caused by Herbalife, due to FTC neglect.

The FTC  describes the payments as “providing partial refunds to people who ran an Herbalife business in the United States between 2009 and 2015, and who paid at least $1,000 to Herbalife but got little or nothing back from the company. Most checks are between $100 and $500; the largest checks exceed $9,000.”

The FTC also ordered Herbalife to undertake a fundamental “restructuring” in order to stop paying for recruiting and requiring new recruits to buy products in order to “qualify” for recruiting rewards that Herbalife promises the recruits they will receive (but almost no one ever does) But this Herbalife “restructure” requires continuous FTC vigilance and enforcement of Herbalife — which soon will be overseen by Herbalife’s largest shareholder, serving as the president’s  regulatory-advisor! Will Carl Icahn regulate himself?